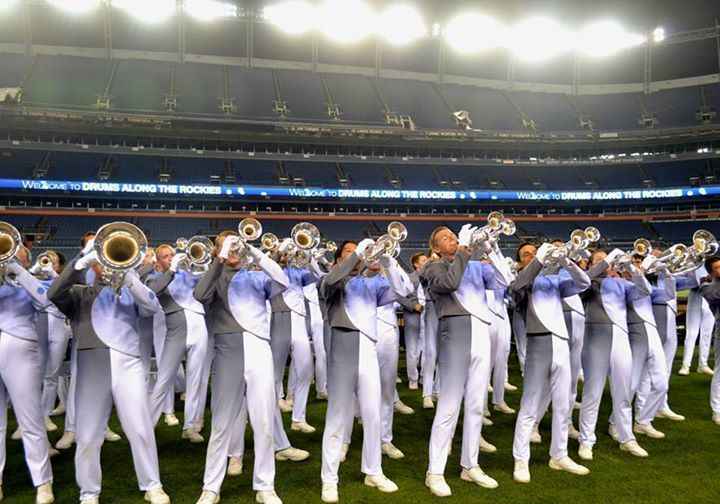 Help the ensembles of the Blue Knights!

Ascend Performing Arts was established in 2010 as the umbrella organization housing the Blue Knights Drum and Bugle Corps and the Blue Knights Percussion Ensemble. The name change was made to more accurately express the scope and impact of the organization better positioning it for future growth and funding.

The Friends Program was established in 1998 to help the drum corps with general operating costs. Since that time the financial support of our Friends has played an important part in making it possible for the organization to transform hard working kids into high performance adults through the lessons that only competitive musical performance provides. Ascend's donors are important in sustaining the financial stability. Donors can choose to support the Blue Knights Drum and Bugle Corps or the World Percussion Ensemble or as some do, both programs through the following donor programs:

The Friends of Blue Knights support the general operation of the drum and bugle corps. Donations are accepted all year through direct mail solicitation or through the online donation link.

Friends of Blue Knights Percussion Ensemble support the general operation of the percussion ensemble program. Donations are accepted all year through direct mail solicitation or through the online donation link.

.Ascend Insider Access is our Recurring Donation Program. Donors can choose to support either program.

Become a FRIEND by making a donation today!